Pet of the week this week is the beautiful Angel

Now I don’t know about you, but I’m seeing a pattern here of Golden Retrievers who are eating things they shouldn’t be. This week it’s Angel, who has a taste for coffee. Angel’s family suspected she may be a little unwell when they noticed that she was lethargic while on a walk, and not long after, she vomited something that smelled suspiciously like coffee. Coffee is Toxic to dogs and can cause elevated blood pressure, tremors and in severe cases, seizures and even death.

Luckily for Angel, her family were on the ball and noticed something was not right, and bought her to Gordon Vet for treatment. After being given something to make her vomit, nurse Hollie gave her some Activated charcoal, which is used to prevent the absorption of toxins.
Angel was sent home later than night for some well-earned rest. 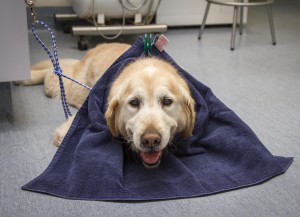 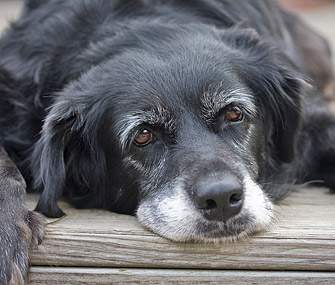 Senior Pets: What To Do As My Pet Gets Older

September is Senior Health Month! As dogs and cats age they require more care and attention from their owner. Cats and small dogs are considered geriatric (senior) from the age of […]

Spring has well and truly sprung! While this means sunny weather, hayfever and an excuse to eat more icecream it also means native birds will be teaching their young how […] 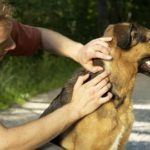 What are the signs? Ticks in our area cause more than just irritation and discomfort for our furry friends – the problem can quickly become very dangerous. Typically taking between […]

Spring has well and truly sprung! While this means sunny weather, hayfever and an excuse to eat more icecream it also means native birds will be teaching their young how […]

What are the signs? Ticks in our area cause more than just irritation and discomfort for our furry friends – the problem can quickly become very dangerous. Typically taking between […]

Gordon Vet Hospital
4.8
Based on 115 reviews