Hey gang!! How crazy has the weather been? Like most animals, I’m not a fan of storms, so as you can imagine, I haven’t been the happiest of kitties. Mind you, I’m pretty happy that I get to live in the safety of my Pymble Vet clinic rather than being on the street like I was before I was adopted by GVH. With Christmas only 21days away, there will be people out there thinking about adding a pet to the family. Just remember that we are a lifetime commitment, not just a seasonal thing. Every year hundreds of unwanted animal Christmas presents are dumped in pounds and shelters. If you have decided that you are ready for a pet, then be sure to look at adoption. There are thousands of awesome animals like me looking for a second chance. And if you want some financial back up to help with potential Vet costs for your new pet, think about pet health care insurance. I’ll be talking about that in more detail next week in my Tuesday Tip.

Speaking of Christmas, I’m running out of room for cat boarding for the Christmas period but still have vacancies for New Years. If your Feline friend wants to holiday with me be sure to call and reserve their spot ASAP.

My star this week is the handsome Ritchie, an almost 5year old Chihuahua cross. Ritchie went shopping on Sunday afternoon and while he was on the escalater, he got his paw caught. When his parents managed to free him, there was a lot of blood and Ritchie was in a lot of pain. Ritchie’s humans took him too see the good people at SASH. Once they cleaned up his paw, they discovered that Ritchie had suffered a degloving injury. This means the skin has basically been peeled back. Unfortunately Ritchie needed to have a toe on his left hind leg removed as there was too much damage. Ritchie came in a few days later so Dr John Morgan could change his bandage and check his wound. Luckily the wound was looking great and Ritchie should be able have his stitches taken out next week. And he’s promised to be extra careful when he’s shopping from now on!!

Well, better go. I’ve still got a lot of things to do before dinner. Have a great weekend and I’ll catch you all next week. Meows for now, love Joey xoxo 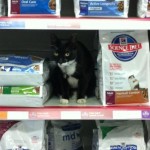 Hiding from the storm in my happy place

We are delighted to have Sally join us last week! She will be sharing her knowledge of all things feline and helping us provide the best possible cat care! Sally […] 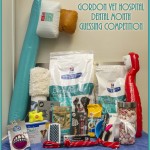 Gordon Vet Hospital
4.8
Based on 110 reviews