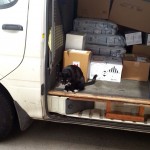 Hey gang! How are you all? I’m feeling a little silly. As you may of noticed, there was no post yesterday. I was meant to be doing a belated Tuesday Tip. And I wrote it. And it was pretty good if I do say so myself. But that’s when I did something silly. Instead of hitting the ‘post’ button I hit the ‘save’ button! On the up side, the Tuesday Tip is all ready to go for next week!!

How great was it that we managed to get Kevin the Rooster a new home? While I am a little sad that he’s not still here, I was pretty interested in Kevin, his new home is truly amazing. Kevin’s new Mum posted a pic of him earlier in the week settling in to life on the farm and he looked super happy. If you didn’t see the pic, be sure to check it out.

The weather people are predicting a hot one tomorrow, with parts of Sydney tipped to get into the high 30’s. Please be sure your pets have access to plenty of water and cool shady spots. Where possible move small critters like rabbits and birds inside. And if you have native birds and animals that visit your yard, leave out containers of water for them.

My star this week is the gorgeous Bailey, an almost 2 year old Bernese Mountain Dog. Bailey was bought into us after she was found lying in the yard not moving, which was very out of the ordinary for her. She had been vomiting, off her food and hadn’t done a poo. When Dr David Loneragan examined her, Bailey was indeed a sick dog. Her gums were dry, she had a temperature and Dr David could feel something in her tummy. Bailey was admitted to have her foreign body removed. An Xray revealed that Bailey had a blockage in her mid abdomen and also some bone fragments that were passing through her colon. Bailey was going to need surgery to remove the foreign body. Dr Sam Lackenby performed the surgery. Dr Sam removed a large seed pod, about 4cm long 2cm wide and 0.5cm thick, and also some smaller seed pods from further along. Bailey was sore post surgery and still had a temperature, but the next morning she was much brighter and her temperature had come down. Day 2 after surgery and Bailey was eating and was ready to go home. Her family just needed to keep an eye on her and make sure Bailey was pooing. The good news was it didn’t take long for Bailey to poo once she got home! Bailey has had her stitches taken out and is basically back to her old self! When you check out the pics in my album, there will be some pictures of the surgery, but I’ll give you the heads up in case those type of pics make you squeamish!

Well, I’d better go. With the weather predicted to be so hot tomorrow, I won’t be going outside much so I’d better do all of outside jobs now. Have a great weekend and I’ll catch you all next week. Meows for now, love Joey xoxo 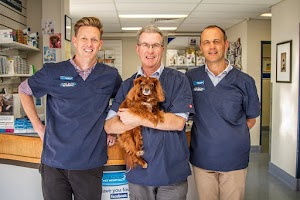