Nurse Hollie has welcomed a new member of the family into her home. Spike is a ‘Joey look-a-like’ stray kitten bought into Gordon Vet by a concerned member of the public who found him on a round-about near a cemetery. 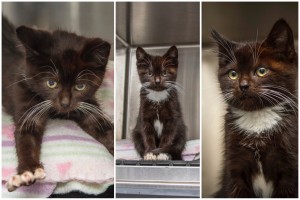 Spike spent some time in hospital until he was healthy, strong and gaining weight. During his stint in Hospital, he and Joey had some quality time together and seemed to really enjoy each others company. The decision was made to put spike up for adoption, but being the lovely, laid back kitten that he is, he was snapped up by Hollie straight away! We wish he and Hollie’s family all the best, and we look forward to seeing him during his visits back at the hospital. 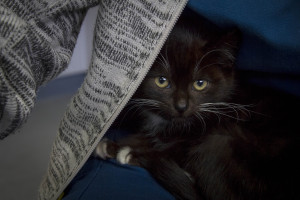