Heavy metal exposure in the most unlikely of circumstances

Tiny Doopy the toy poodle who weighs just over 2kg was suffering from a rash after grooming. Over the following week, things got worse for poor Doopy, and his owners noticed that he had lost his appetite and had no energy, so he was brought in to Gordon Vet. A blood test showed that Doopy was anaemic because his red blood cells were being destroyed more quickly than his body could make them. Most frequently we see this type of anaemia, (called a haemolytic anaemia) due to an abnormal reaction from the immune system, however further detective work found a much less common culprit.

Doopy must have licked the zinc oxide  (nappy rash/ulcer cream) that was being applied to his rash, and because he is such a tiny fella, he unfortunately consumed a toxic amount of zinc. It was this toxicity that caused his anaemia and the resulting heart murmur, weakness and lethargy.

We’re very pleased to say that with supportive care Doopy has made a full recovery and is no longer anaemic! Santa is coming to town! 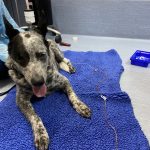 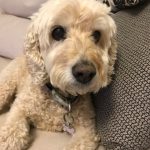 Santa is coming to town!

Gordon Vet Hospital
4.8
Based on 119 reviews

John Hannelly
03:04 09 Nov 20
David and all the staff are wonderful, caring people who really look after your loved pets in a very professional manner.

Chris Chappel
00:54 31 Oct 20
Extremely happy with Imogen and the team. I had lost ALL faith in vets after going to GreenCross. Thankfully Gordon Vet Hospital surpassed all our hopes and expectations. Imogen was incredibly caring, clinically competent and finally solved the issue our cat had. The vet nurses and reception team seemed genuinely happy and were super friendly each time we’ve returned. Follow up care after the surgery for our cat was like night and day compared to what we’d been through at our old vet. Unlike at GreenCross where the final price always ended up being at the top of the quoted range, at Gordon Vet Hospital the quote was far more reasonable and the price ended up at the lower end of the estimate. Highly recommended this vet.

Lisa Elliott
06:17 20 Oct 20
I can't rate Gordon Vet Hospital any higher. I took my 11yr old staffy in for surgery with the beautiful Imogene Ewen (amazing surgeon) and was managed by incredibly professional front office staff (Maddie). My dog, Coco was in the best of hands. The after care service is detailed and their love of animals is so very clear to all who enter. Exceptional service for the North Shore.